The Chicago Cubs and the Cleveland Guardians have been around in the American Baseball scene for an insane amount of time. The Cubs have been a part of the National League since 1876 and before that had been a member of the National Association of Professional Base Ball Players since 1870. The Guardians, on the other hand, were a part of the Western League between 1894-1900 before they swapped to the American League in 1901.

While these leagues operated as separate entities originally, after the year 2000, they merged into one organization. Before this, the Cubs and Guardians had only ever played each other a few times. But since the merger, they now play each other somewhat regularly. Not every season, but enough for it to be notable. In their history, they have played each other a total of 37 times with the Cubs winning 19 to the Guardians 18. But we’ll delve a little bit deeper into some of the series these two teams have played, including one World Series between the two! 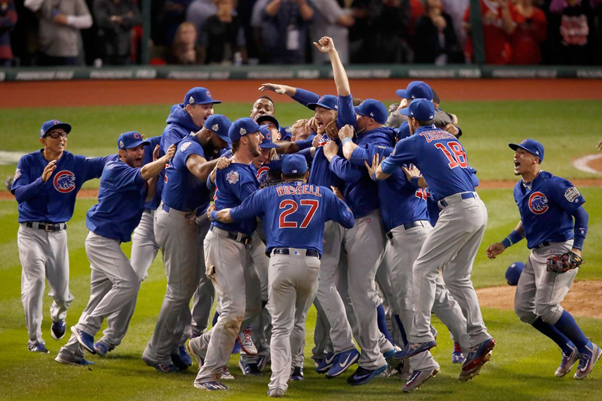 The Cubs came out on top in 2016 when they played the Guardians in the World Series.
Source: SB Nation

First things first, here’s a breakdown of the record between the Cubs and the Guardians, as of December 2022;

Although these results don’t necessarily tell the entire story of the matchup between the two teams, looking at stats like this is quite interesting to me. It shows you how teams grow to a point where they’re challenging before their current roster falls off and the replacements aren’t quite as good. That constant sine wave of teams getting better and falling apart is an interesting one in sport. Even the greatest dynasties can’t stay at the very top forever, right?

The one series I really want to take a look at from this history, both of these teams made it to the World Series together and contested a compelling series with both teams seriously getting a chance to shine. Game 1, was a convincing 6-0 win for the Guardians, with Roberto Pérez smashing 2 home runs to help take the series opener. Game 2 was almost exactly the opposite with the Cubs taking it 5-1. A 1-1 start is always a good sign of things to come.

Game 3, you could tell both teams were on edge with the series being tied at 1-1, a nervy affair with a low score saw the Guardians take the lead once more with a 1-0 win. Game 4 however, sparks flew. A total of 7 runs from 10 hits saw the Guardians score a cool 7-2 win to take it to series point. Home runs from Dexter Fowler, with the 2 runs for the Cubs being home runs from Carlos Santana and Jason Kipnis. Unfortunately for the Guardians however, that was all she wrote.

The Cubs would go on to win the next 3 games in a row to take the series. Game 5 they took 3-2, were the nerves of being on series point setting in for the Guardians? Home runs from Cubs Kris Bryant and the Guardians José Ramirez who is still kicking today at the very top of the MLB. Game 6 was a bit of a walk in the park for the Cubs however. 9 runs scored including 2 home runs from Kris Bryant, 1 from Addison Russell and 1 from Anthony Rizzo saw them take a 9-3 win moving into the series decider. Kason Kipnis hit 2 home runs for the Guardians in this game also.

For game 7, I really don’t think anybody could have asked for more. An 8-7 game, 5 home runs in total, 4 for the Cubs from Dexter Fowler (2) Javier Báez and David Ross with Guardians Rajai Davis getting their only home run, but this game had a bit of everything and saw the Chicago Cubs take home their 3rd World Series in their franchise history, breaking the “curse” the fans believed haunted their team since their 1907-1908 World Series back to back wins over the Detroit Tigers .

Quite an interesting look at the history between these two teams, but now it’s time to look forward. We’re currently in the offseason in the MLB after the Astros and the Phillies wrapped up the 2022 World Series in October/November. The Astros obviously took home the gold, but, today we’re going to take a look at some of the favourites moving into the 2023 season, which begins March 30th 2023.

We scoured the internet to find out the best odds for punters to use their hard earned cash on and with plenty of new customer offers as well as using things like the Bonus Codes available from BetMGM in Ohio you can arguably make your money go further moving into the 2023 season. Starting off with the subjects of this piece, the Cubs and the Guardians. The Guardians made it to the Division series in 2022 before crashing out to the Yankees, they are +3000 to go all the way in 2023, this returns $155 from a $5 stake. The Cubs however fell short of a postseason place, they’re +5000 to win the 2023 World Series, this returns $255 from the same $5.

Now, to take a look at who the top 5 teams are going into the 2023 season. Tied for the top spot, we have last seasons winners the Houston Astros and the Los Angeles Dodgers, you can get +550 on both of these teams which returns $32.50 from $5. Just behind that there’s the New York Yankees at +800 returning $45 from $5, followed by the Atlanta Braves and the Toronto Blue Jays who are both tied at +900 returning $50 from $5. If the Astros could go back to back they would be the first franchise to do so since the Yankees did it between 1998-2000 when they won it three times in a row. Could they really do it? 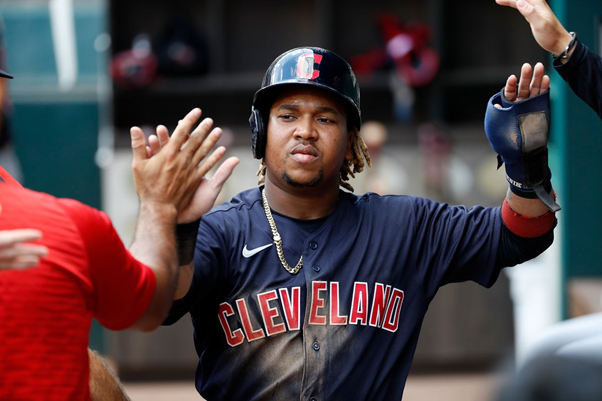 The last time these 2 teams met in a season was the 2021 season where they played 4 times, Cubs winning 1 with the Guardians taking 3 wins. Source: Covering the Corner

So, what do we think? Quite the tight affair between the Cubs and the Guardians isn’t it? Cubs fans can hold their heads high, knowing they’ve edged the guardians in games but, not only have they got the edge on them in games, they also won the only series between the two when it really mattered. Fans can forget the odd series loss, but some fans never forget a world series loss. Especially one that happened so recently.

Can either of these teams repeat the 2016 season and make it to the World Series in 2023? It would be interesting if they could have a full repeat and face each other again. I feel like it would be quite the challenge for the Cubs right now as the Guardians are looking the more complete outfit, say they were to meet in the World Series next season, would the Guardians get their revenge? There’s still quite a lot of work that both teams can do in the off season in preparation, but both teams will believe they can win it!